Dinnertainment in your villa

Why just have dinner when you can have Dinnertainment?
A private and hassle-free dinner in your villa. One price
for margaritas, appetizers, salad, dinner, dessert and live music
with Javier Martinez on guitar.
GREAT for CELEBRATIONS!

Javi's Cantina is located in Javi's grandmother's family home. He grew up here on Isla Mujeres. In 2016, Javi's Cantina was realized and continues to grow as we do. 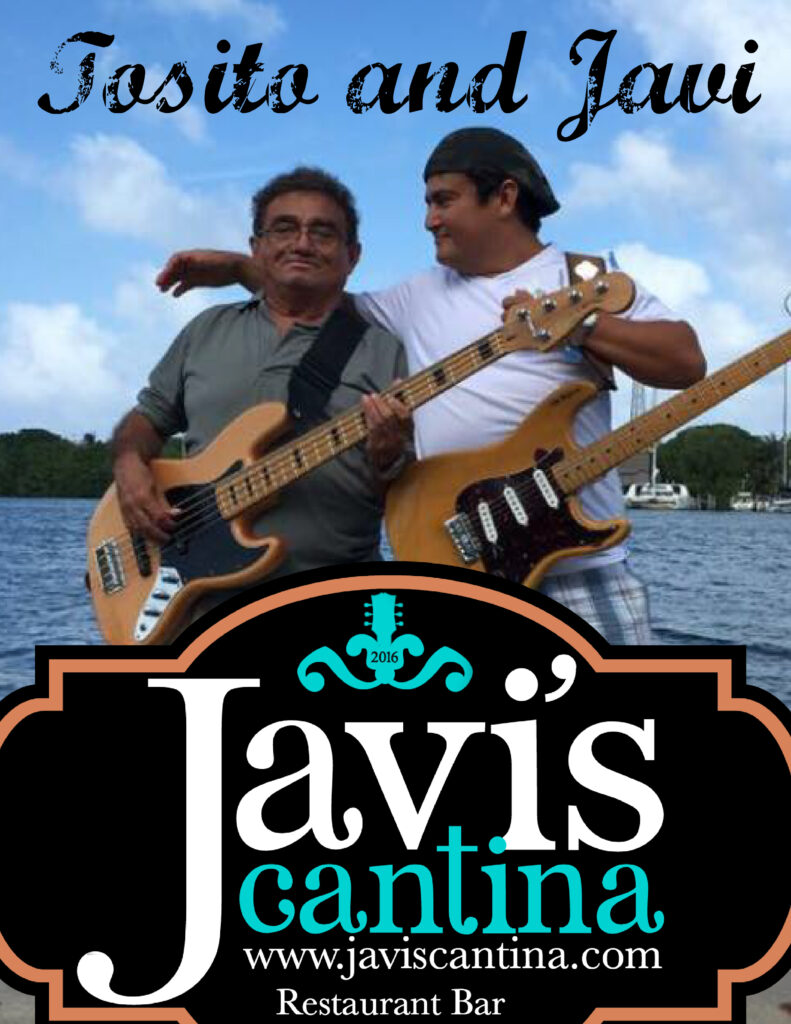 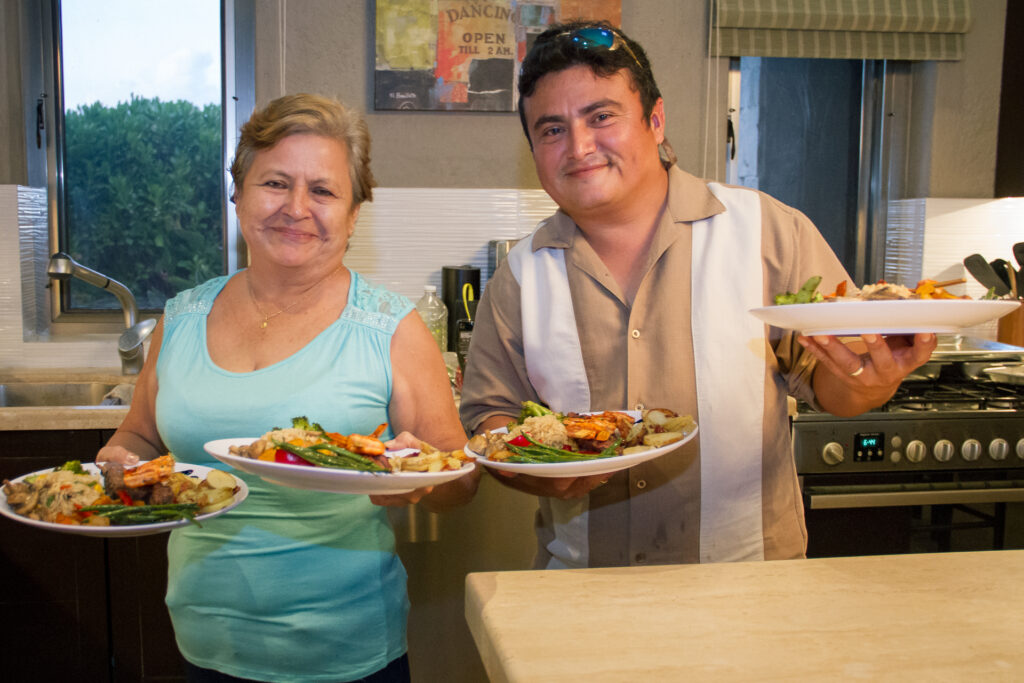 The Cantina story began on July 15, 2016 in the family house on Avenida Juarez that had belonged to Javi Martinez’s grandparents. The Martinez home was remodeled into a tiny cantina and prep kitchen for Dinnertainment, a popular catering business featuring delicious food and live entertainment by Javi Martinez and Marla Bainbridge Martinez. Their original idea was to offer a small tapas menu and a selection of beverages to help offset the expenses, but they soon expanded into a full-service restaurant.

Then, things really took off and they decided to trust their instincts and ride the wave. In December 2017, they expanded into the larger, private courtyard where their guests can dine under the leafy branches of a tree planted by Javi’s grandfather Esteban.
Named after his grandfather Esteban, Javier Esteban is a very proud islander.

He grew up learning to cook and play guitar in a gregarious and musical family. Throughout several
generations, his family has been known as the island’s musicians. The Municipality of Isla Mujeres recently recognized La Trova, the band Javi’s father started, as the patrimonial music of Isla Mujeres.

As a counterpoint to Javi’s Mexican heritage, Marla Bainbridge Martinez is a Southern girl from
Alabama mixing her favorite southern flavors into his Caribbean tastes. Marla spent time living on the west coast of Mexico before moving to Isla Mujeres. After vacationing on Isla Mujeres in 2006, she found herself returning time and again to this little island in paradise. She met Javi playing in a bar on Hidalgo and a simple request to sing with the band changed their lives forever. Finally, she made the jump in 2010 to be a full-time islander and she has never looked
back.

The mission of Javi’s Cantina has always been to serve unforgettable food with a unique twist in
a casual ambiance experience. Because music is so much of who they are, that had to be part
of the experience.

What Our Customers Have to Say

Just returned from our first trip to Isla. It was wonderful in so many ways but the most amazing thing about it was our experience eating at Javi’s and being fed by Javi at the Casa Hamaca Turquesa-also amazing-which we rented for a week! Javi, his lovely wife Marla and their incredible staff, know how to do things right! We are from Houston where we are very spoiled from getting to eat good food from all over the world so the bar is set very high! Javi’s did not disappoint. Never before have we had such good food AND good service anywhere! The quality, the portions, the cocktails, the presentation, the service; I just can’t say enough good things about it all. If you are in Isla-you must check out Javi’s Cantina! If you are renting a property and are in need of a chef-you must give Javi a call to come cook and take care of you! If you are looking for something fun to do on a Friday night- tune into Friday Night Lights, the live podcast brought to you by Javi and Marla. We were blessed to be a part of this event in person last Friday night but look forward to going on line this Friday night to share the experience again. We feel like we not only made new friends, it was like being with family. Do not miss treating yourself to the whole dining experience of Javi’s Cantina. It’s absolutely the BEST!
Port Lavaca, Texas
Great food, atmosphere and service! First time dining here on our third trip to the island and wow have we missed out on a gem! Favorite meal this trip. Will be a must-eat-here place for all future trips. Loved the cocktails, appetizers, mains, music, service. One street over from the main pedestrian street but a world away in terms of flavor and service. A perfect ending to another wonderful trip to Isla!
TripAdvisor